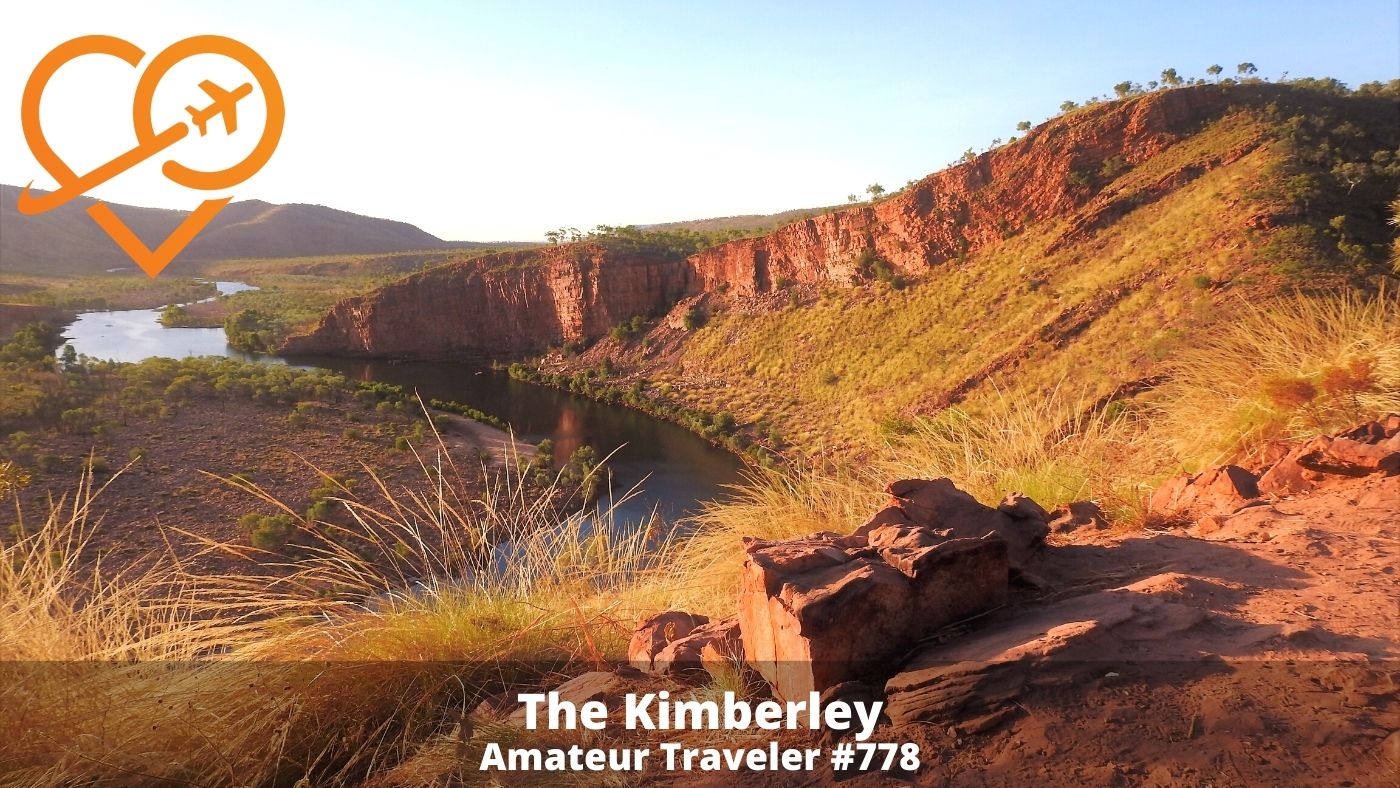 Hear about travel to The Kimberley region of Western Australia, Broome, and the Gibb River Road as the Amateur Traveler talks to James Schomburgk about this unique destination.

James says, “Western Australia is the largest of the states in Australia. The Kimberley is the northern part of this state.  Just the Kimberley region is roughly three times the size of the United Kingdom and about the same size as California. There are only about 36,000 residents and a lot of those live in very small townships which are indigenous which you can’t access. There’s one major city we call it a city it’s only 14,000 People at Broome, which promote itself as a tropical paradise.”

“We went on a road called the Gibb River Road, which is a very famous or infamous road. We did 80 river crossings. Thankfully, on a fairly good four-wheel drive. It’s an area that is very isolated not to be taken lightly. Those river crossings can be quite dangerous can be very deep. And the roads themselves are amazingly shocking. But it adds to the attraction at the same time. There are many waterfalls which are just fantastic to swim in large rock pools under the waterfalls and it adds to a lot of fun. As long as you avoid the crocodiles.”

James starts us in Broome which is an area that was known historically for the production of pearls. It also has significant WWII history as the only part of the Australian mainland that was attacked by the Japanese.

Now Broome is known for its beautiful beaches, its sea life, rocks with dinosaur footprints, and the horizontal falls. The horizontal falls are where the strong tides in the area and a gap in the rocks combine for an amazing jet boat ride.

We then talk in-depth about the adventure tour along the Gibb River Road. This is a camping trip. You can do it independently but James recommends taking a trip with an outfitter instead as the road is rugged and you need to know which watering holes have saltwater crocodiles (don’t swim) and which only have freshwater crocodiles (swim?).

There are numerous waterfalls, billabongs, gorges, rock art, and river crossings on this rough road to adventure.

James and his tour also took a helicopter ride out to the Bungle Bungle Range with its distinctive beehive-shaped towers with distinctive stripes from the different colors of the strata.

Whether you are swimming in the many pools of Mitchell Falls, exploring Cathedral Gorge in the Bungle Bungles, or swimming with crocodiles, this is an adventure trip that you won’t soon forget. 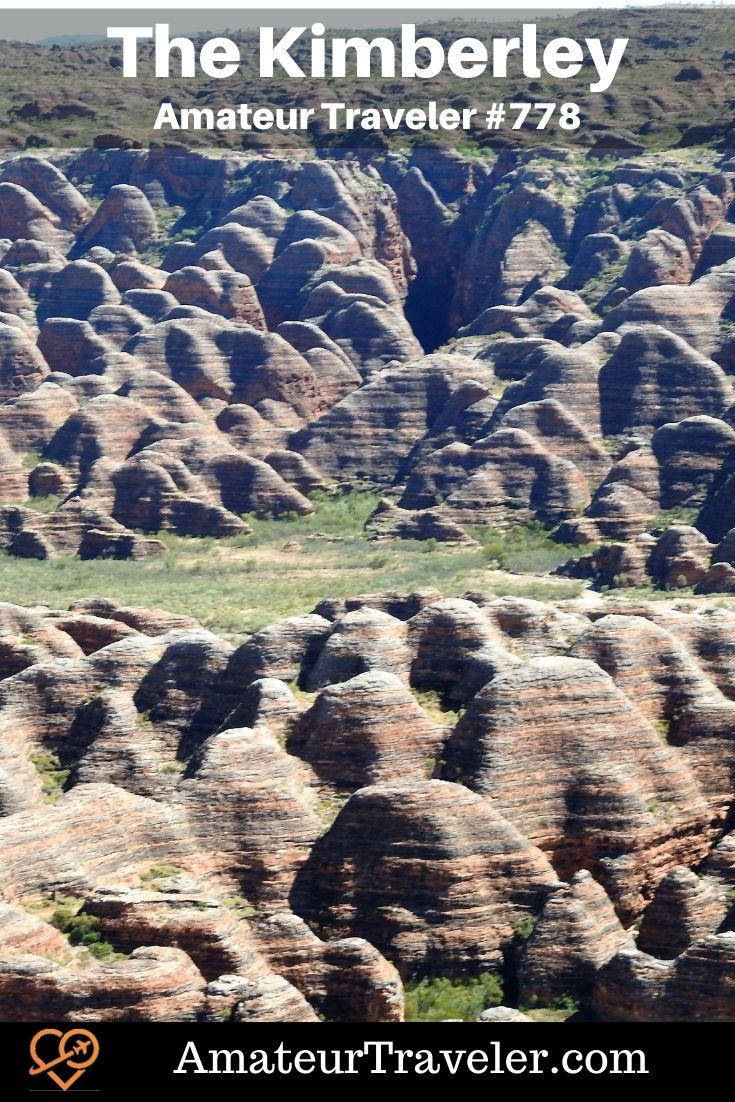 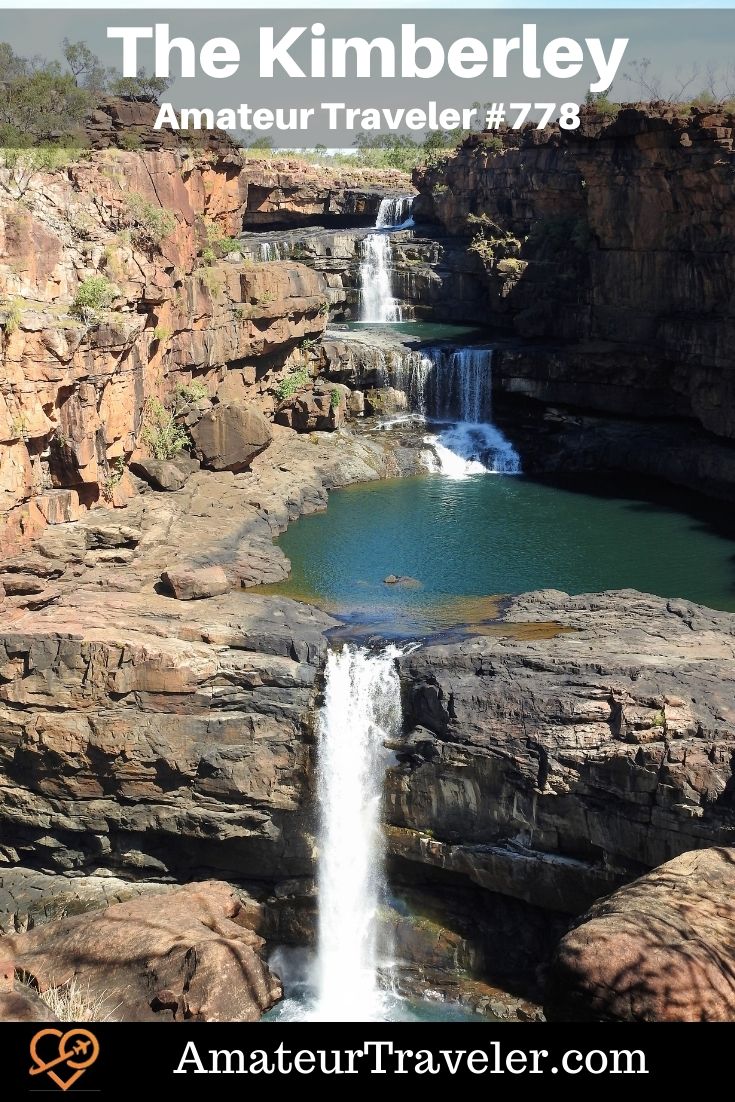