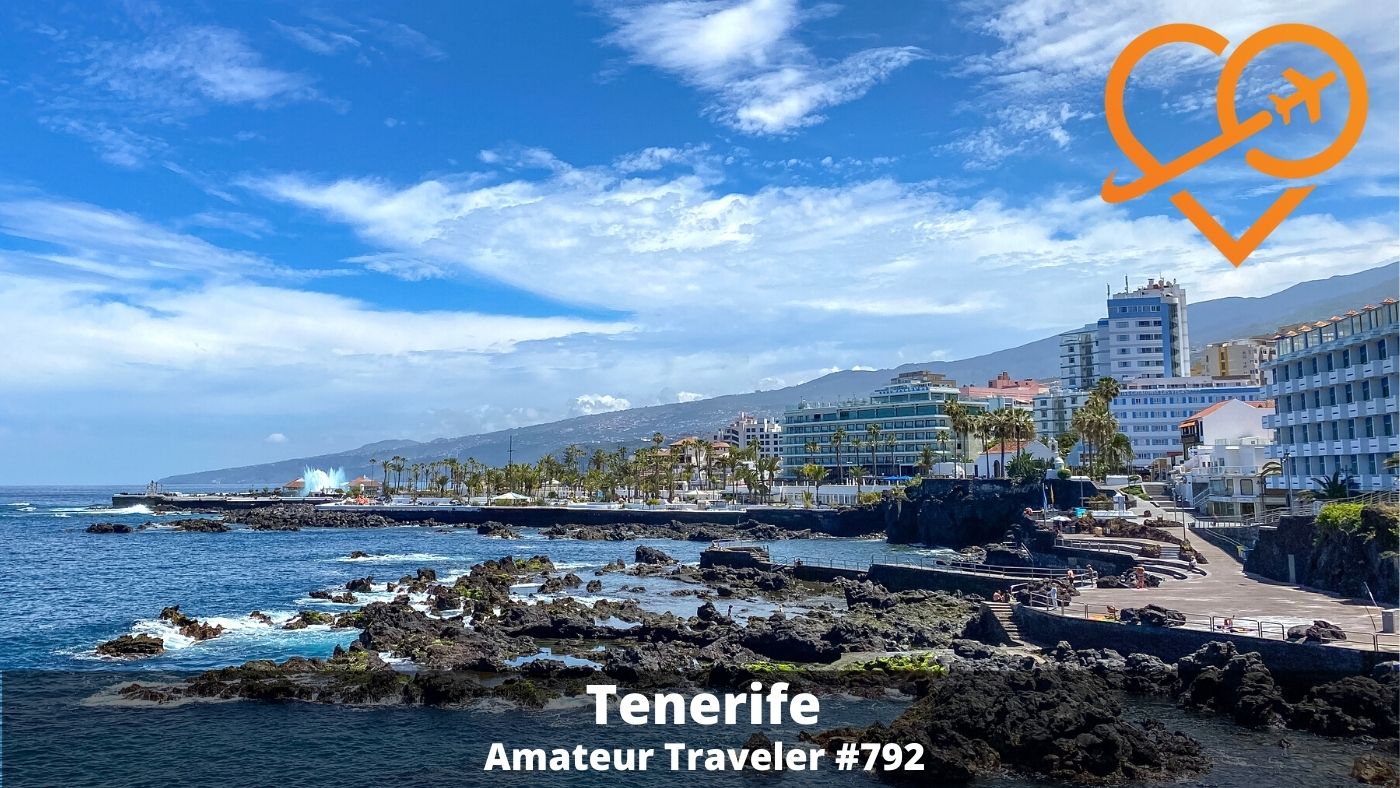 Hear about a one-week itinerary for Tenerife as the Amateur Traveler talks to Justin Barnes from justinandcrystal.com about the Spanish island he called home.

Justin says, “It [Tenerife] really is a great mixture of so many things. It has a lot of the natural beauty of the Big Island. It has a lot more the creature comforts like you might find in Southern California, or in Honolulu, and all mixed together with a lot of tourists from all over Europe. There’s the Spanish culture that permeates through everything on the island.”

“The island is relatively easy to traverse because of good infrastructure. Everything is reachable and two hours or less. So I think rather than staying in multiple places, it probably makes sense to just find the city that you feel most comfortable with. Stay there and take various day trips you can either rent a car which usually is fairly inexpensive, or you can take the bus. We didn’t own a car the entire time we lived there.”

Justin and his wife fell in love with Tenerife within the first hour of their visit and moved there. They spent much of 2021 on Tenerife. They lived in Puerto de la Cruz in the north. Justin defines places to see starting there and circumnavigating the island counter-clockwise. He then uses those destinations to lay out a one week itinerary.

The southwest of the island is where you can find the nightlife with a lot of clubs, a lot of inexpensive bars, and discos. Puerto de la Cruz has a more relaxed vibe. You definitely feel like you are hanging out on a small town in Spain, as opposed to you know a large party area.

The center of the island is the large Teide volcano and the Teide National Park. Teide is the largest mountain in Spain. As you ascend Teide you pass through native pine forests until you get to the rocky summit with its massive caldera. There are observatories at the top of the mountain as it is often above the clouds. There is also a gondola that you can ride to the top and hiking trails throughout the area.

As we start in Puerto de la Cruz, Justin points out some viewpoints, seaside swimming pools on the rocky beaches, and botanical gardens. Further to the west you can visit a dragon tree thought to be 1000 years old, El Drago Milenario, and the butterfly garden nearby.

The small colorful town of Garachico was the main port of the island until a volcanic eruption in 1706 caused much of it to be destroyed. Garachico has a series of natural pools that make a popular swimming spot.

Volcanic eruptions have left other significant features on the islands like lava tubes. You can visit one called La Cueva del Viento “the cave of the winds”.

In the northwest corner of the island, near Punta de Teno, the main road turns into a winding series of switch back roads as it traverses some beautifully rugged scenery. For some great hikes visit the area around Buenavista del Norte and Masca. Just a bit further south is Acantilados de Los Gigantes “the cliffs of the giants”.

The nightlife and the international airport are in the southwest corner of the island. Here you can also find windsurfing and whale watching boat tours.

Along the south coast you can find the Pyramids of Güímar which look like small ancient pyramids, but are currently thought to date only to the 1800s.

The east end of the island is a park, Anaga Rural Park, with a number of small villages and interesting beaches. Justin recommends some hikes to remote beaches or interesting lighthouses.

Grammarly helps you get the words right when time was short. Grammarly keeps your writing clear, concise, and correct. Focus on the big picture and let Grammarly smooth over all the details. My listeners can get 20% off Grammarly Premium at grammarly.com/TRAVELER. 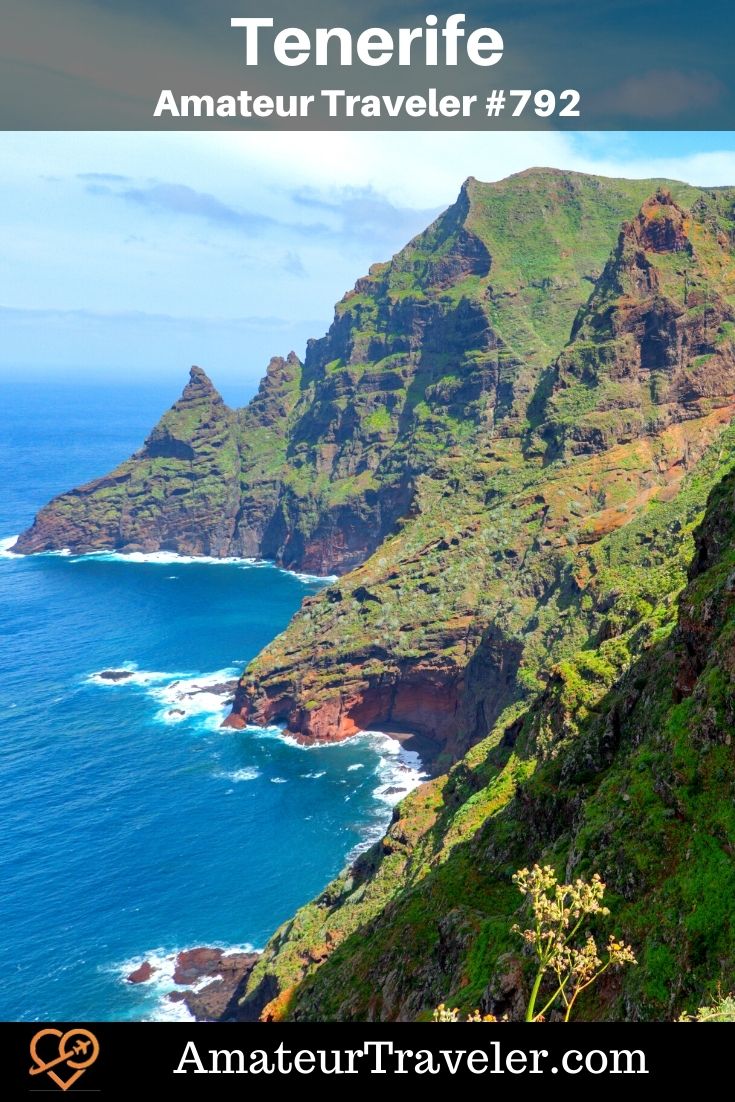 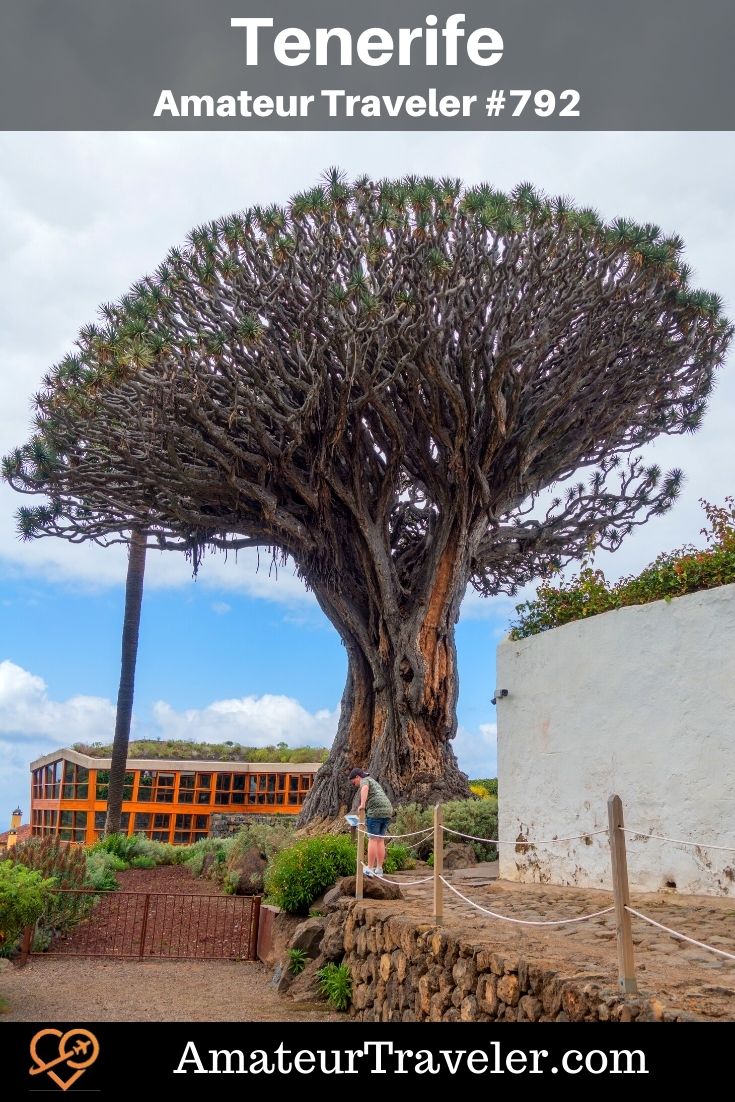