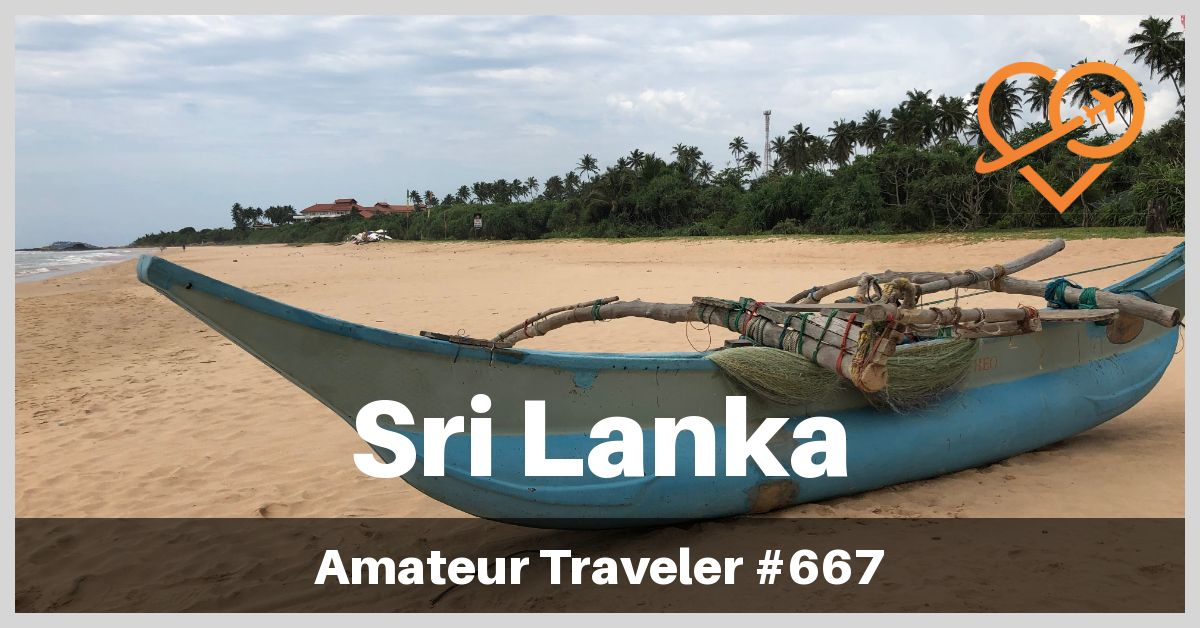 Hear about travel to Sri Lanka as the Amateur Traveler talks to Mike Powers of SmallOfTheRoad.blogspot.ca about his recent trip to the island nation.

Mike says of Sri Lanka, “Honestly I didn’t know much about Sri Lanka until just recently. The more I learned about it, I got more and more interested in it and decided to spend two weeks there when we were traveling in Asia. What was appealing is that there is so much variety in this country in such a small space. It’s got a lot of colonial history starting with the Portuguese, the Dutch, the British. It certainly has influences from India and China as well. A lot of incredible natural scenery and wildlife. Of course, it’s got nice beaches. And to go with that, friendly people, a very hospital country and quite affordable. We stayed at places as cheap as $25 a night that were very nice. You can stay at a 4 or 5-star resort for less than $200. ”

Mike guides us on an itinerary that stretched for 18 days as they traveled starting in Colombo, to Bentota, Galle, Yala National Park, Hortons Plain, Kandy, Dambulla, Sigiriya, Polonnaruwa, and Anuradhapura. They visited 7 of the 8 UNESCO World Heritage sites in Sri Lanka. 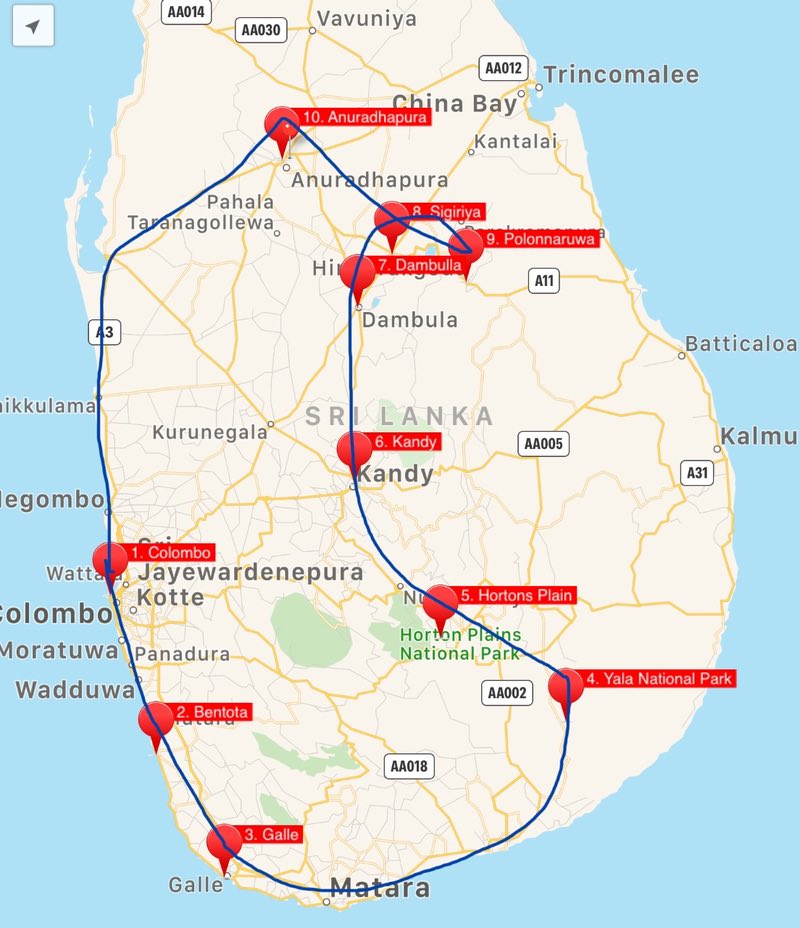 One will typically fly into and out of Colombo as Mike did. He says it is worth spending a few days in Colombo at the beginning or end of your trip. Their favorite site in Colombo was the hectic Pettah Market and the Red Mosque at its edge. You wander through this market that is really more for locals than for tourists.

Bentota is the beach area of their thrip which Mike recommends as a good place to recover from your jet lag. It also gave them a chance to adjust to the warm humid weather of Sri Lanka as they traveled from Canadian winter. There are a number of sea turtle refuges in the area. The largest tsunami memorial is in the area as well as a center for the making of wooden masks. The area is also known for mining gemstones.

Galle is an area influenced by the Dutch Colonial heritage. It is a UNESCO site. There is a good maritime museum. The town also has a lot of gemstones and nice restaurants. There is also a shop that supports street dogs. There some beaches nearby that are easy to reach by tuk-tuk.

In Yala Nationa Park they went on a safari. They saw leopards which are not guaranteed but it does have one of the highest concentrations of leopards in the world. They also saw elephants, water buffalo, and an endangered Sri Lankan sloth bear. They saw quite a few birds in the park as well.

Kandy is worth a day or two. They visited the Temple of the Buddha Tooth Relic. In July they have the festival of the tooth. At dawn or dusk, there will be rituals performed that you can watch. There is a royal palace you can visit. Out of Kandy, they visited the Pinnawala Elephant Orphanage. There are also beautiful botanical gardens outside of Kandy with thousands of flying foxes.

Near Dambulla is the largest of the Sri Lanka cave temples which is another UNESCO site. The temples date back to the 1st century. They also did a day trip from there to the ancient rock fortress of Sigiriya.

Bring your suntan lotion, your camera and your curiosity to the beautiful country of Sri Lanka 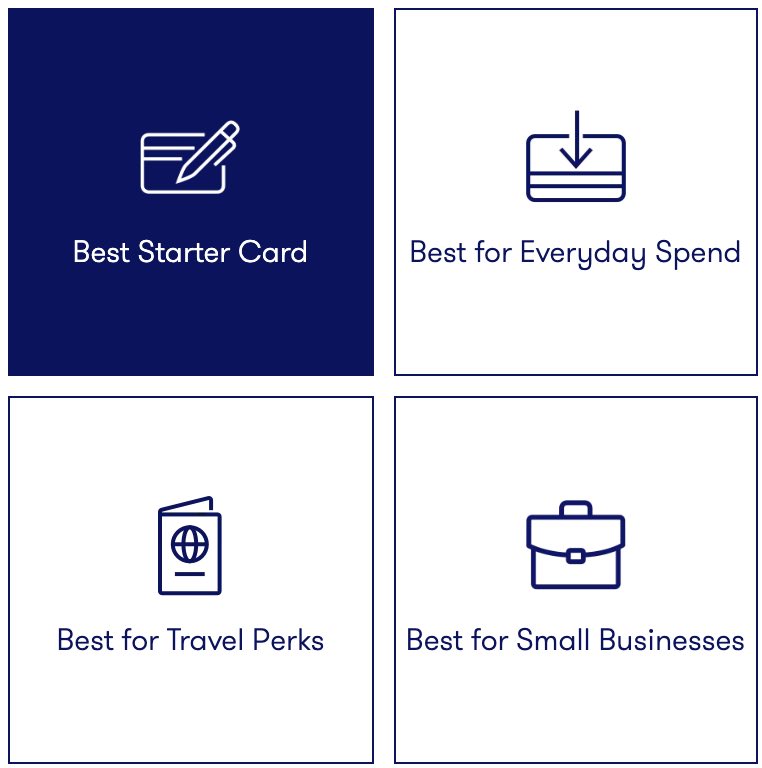 This episode is sponsored by MyTravelCreditCard.com. Find our personal recommendations for which travel credit cards to use.

I started listening to your podcast a few months ago and I generally enjoy them very much. I just listened to the episode about the Czech Republic – I was curious being Czech myself, I found the episode good, but there were two things that I found mistaken – Kutna Hora has so much more to offer than the bone church and we Czechs do like skiing. The Czech Republic is a fantastic place on Earth and I would be willing to tell you more about it if you wanted. 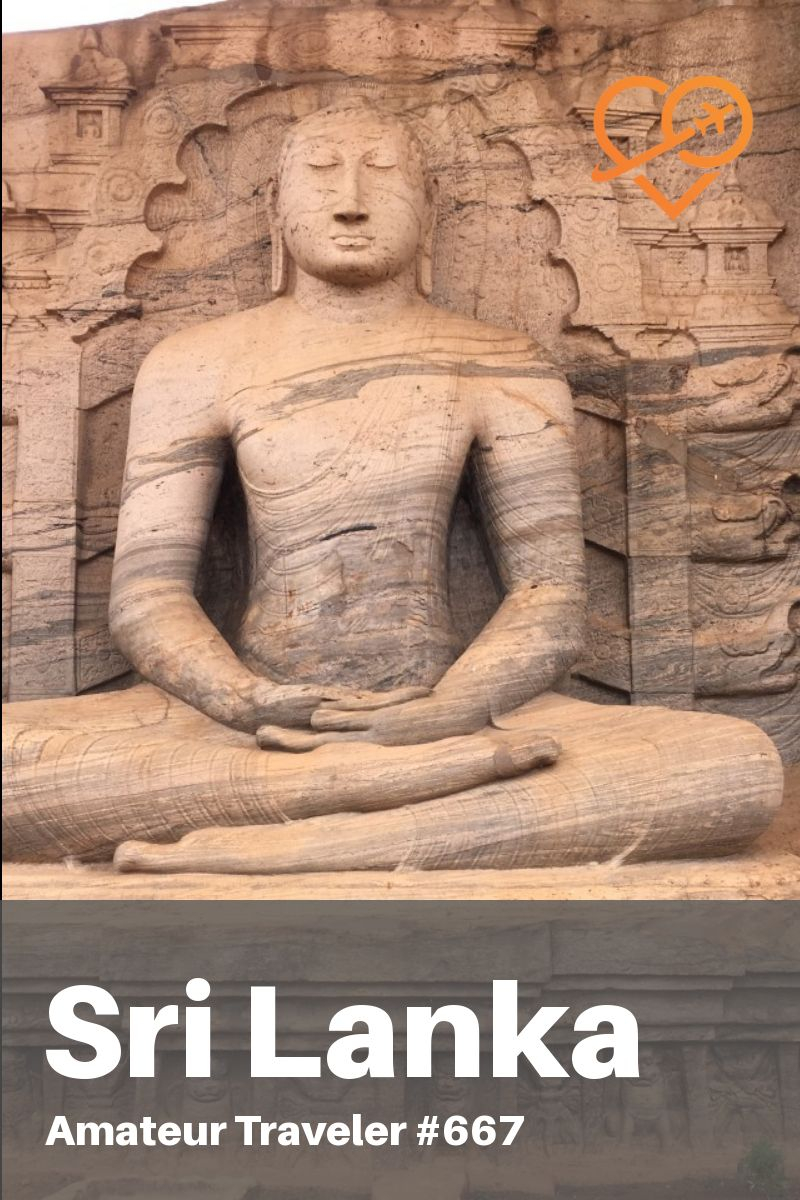