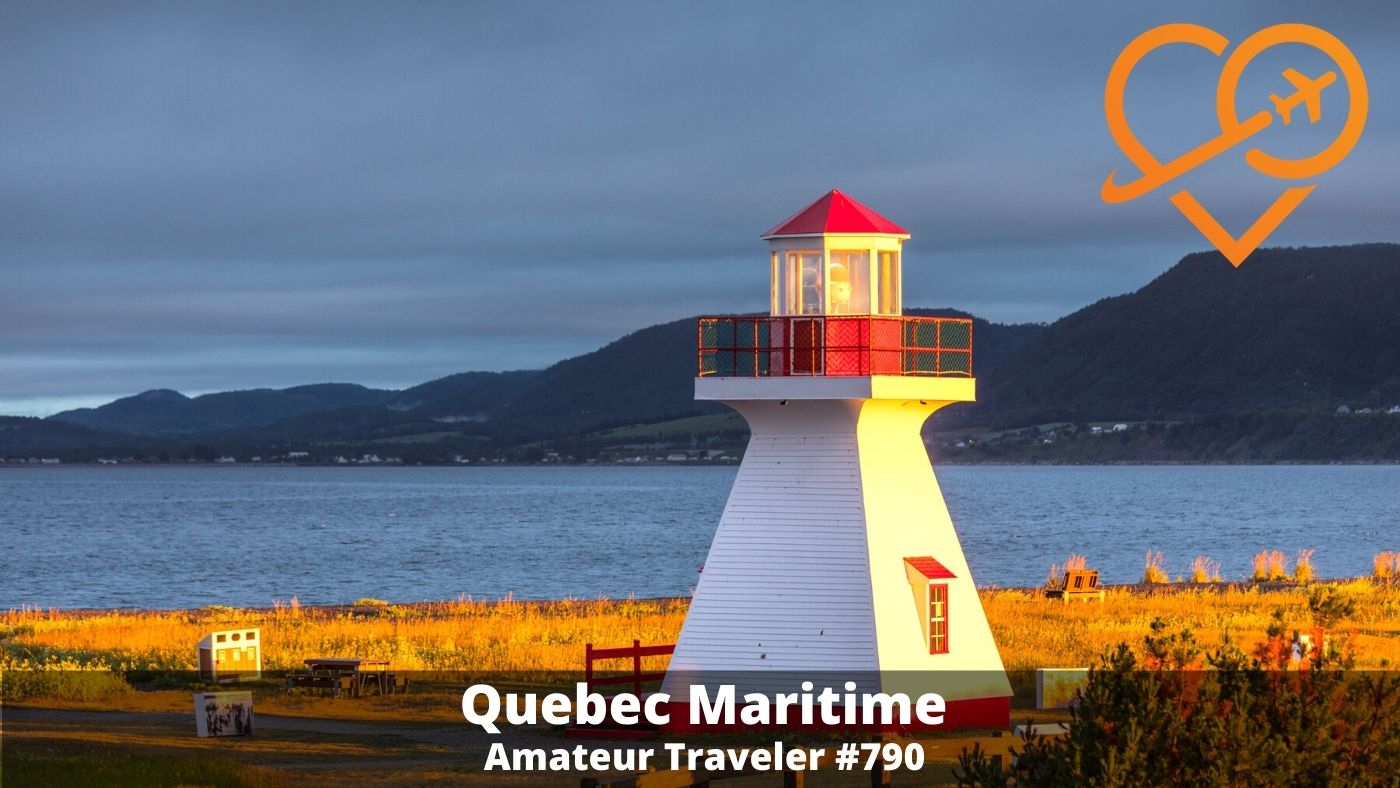 Hear about travel to Quebec Maritime as the Amateur Traveler talks to Margarita Ibbott from DownShiftingPro.com about her recent trips to Quebec’s maritime “thumb”.

Margarita says, ” I want to bring you to a region that I have fallen deeply, deeply in love with. Quebec Maritime is an area that has four regions. It is the North Shore, the lower St. Lawrence, the Magdalen Islands, and the Gaspésie, which is on the peninsula. So we’re going to be spending most of our time on the Gaspé Peninsula.”

“Canada has has a province that is primarily French speaking. So although you would find spectacular things in the Atlantic provinces in the Atlantic maritime region, the Quebec maritime region, the adage goes “je ne sais quoi “. It is very distinctly French. So if we were, for example, in Montreal, or in Quebec City, you could very easily be speaking English, she wouldn’t have any problem. But once you start going into rural Quebec, as you are going into the maritime regions,  you are immersed in the French culture, it is French food, it is French culture, is everything that you want, and more.”

“It is absolutely a huge area, these four regions within the Quebec Maritime covers 1000s and 1000s of kilometers going all the way up the North Shore as you get towards Labrador, or within the peninsula. You’re going to see some cities, they’re not big cities, though, this is really very much rural nature focus, it is all about working to live. So being able to do all those outdoor things that you want to do. And there is a lot to do in this region.”

Margarita recommends an itinerary which can take 10-14 days. She starts us in Quebec City and then we follow the Saint Laurence northeast, cut over to beautiful Chaleur Bay, and then circle along the  Gaspé Peninsula counterclockwise. We then come back down the south side of the Saint Laurence, and then cross over to Tadoussac before returning to Quebec City. The Tourism Board for Quebec Maritime has a number of recommended road trips and this trip combines parts of their Lighthouse Trail and their Whale Route.

We are going to try the local seafood, watch for whales, visit lighthouses, taste the poutine, drink the local beers and enjoy the beautiful scenery. The more adventurous can try ice climbing in Parc des chutes or a via ferrata near Tadoussac. If you come in winter there will be opportunities for snowshoeing and snowmobiling.

We learn about historic hotels, boutique hotels and quirky places to stay that include yurts, ready-to-camp tents, and géodômes.

Along the way we will learn about the expulsion of the Acadians, the wreck of the Empress of Ireland, and whales. We can explore gardens, take hikes and ride a ferry or too. Learn why Margarite has fallen in love with this French-infused maritime region of Canada.

This episode of Amateur Travelers sponsored by Audible.com. Audible is the leading provider of spoken-word entertainment and audiobooks, ranging from best sellers and new releases to celebrity memoirs, languages, business, motivation, and more like original entertainment and, now, podcasts.

To get a free one month trial go to audible.com/traveler or text traveler to 500-500 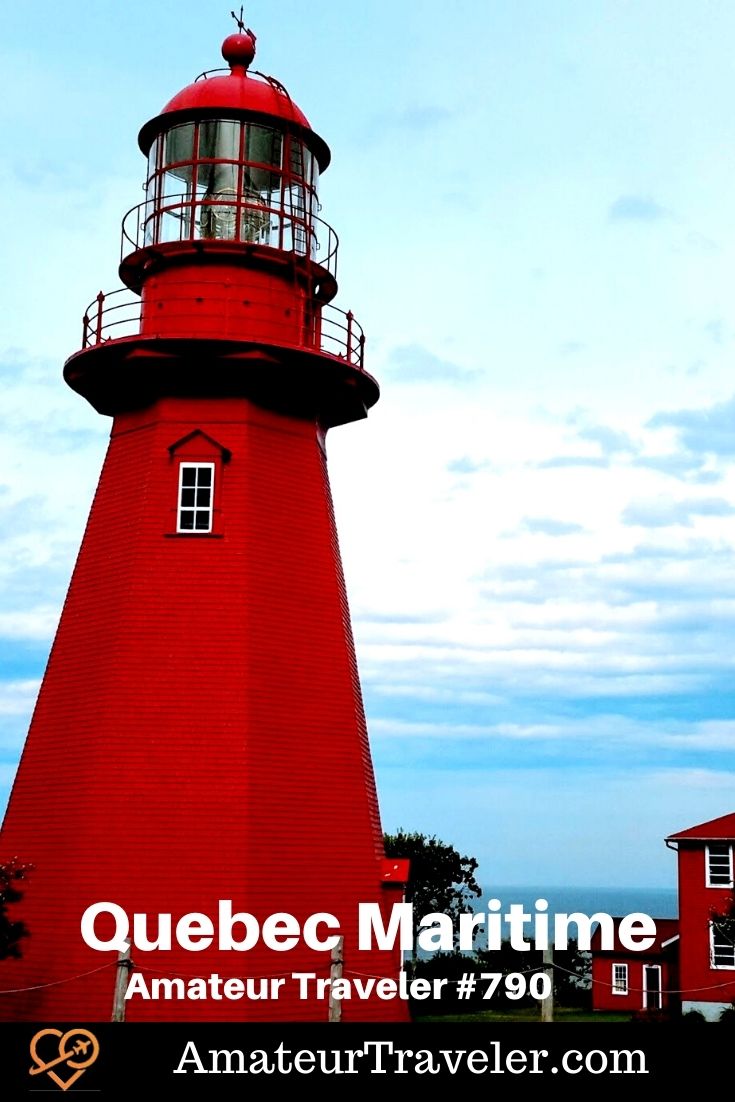 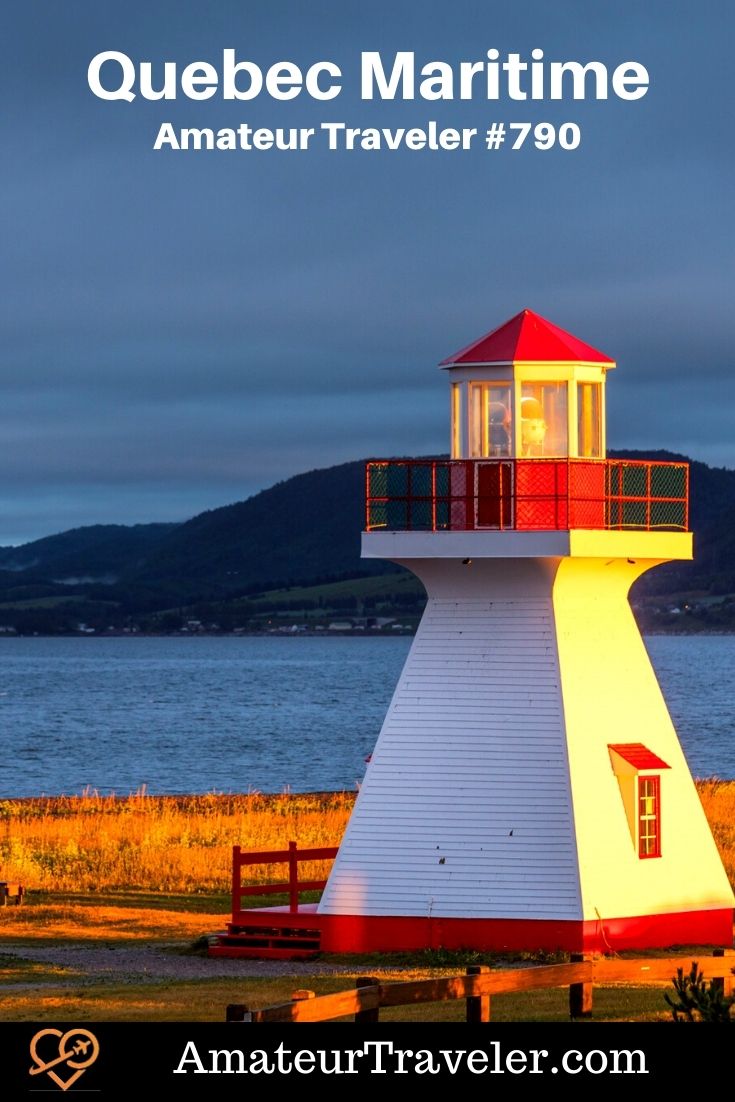 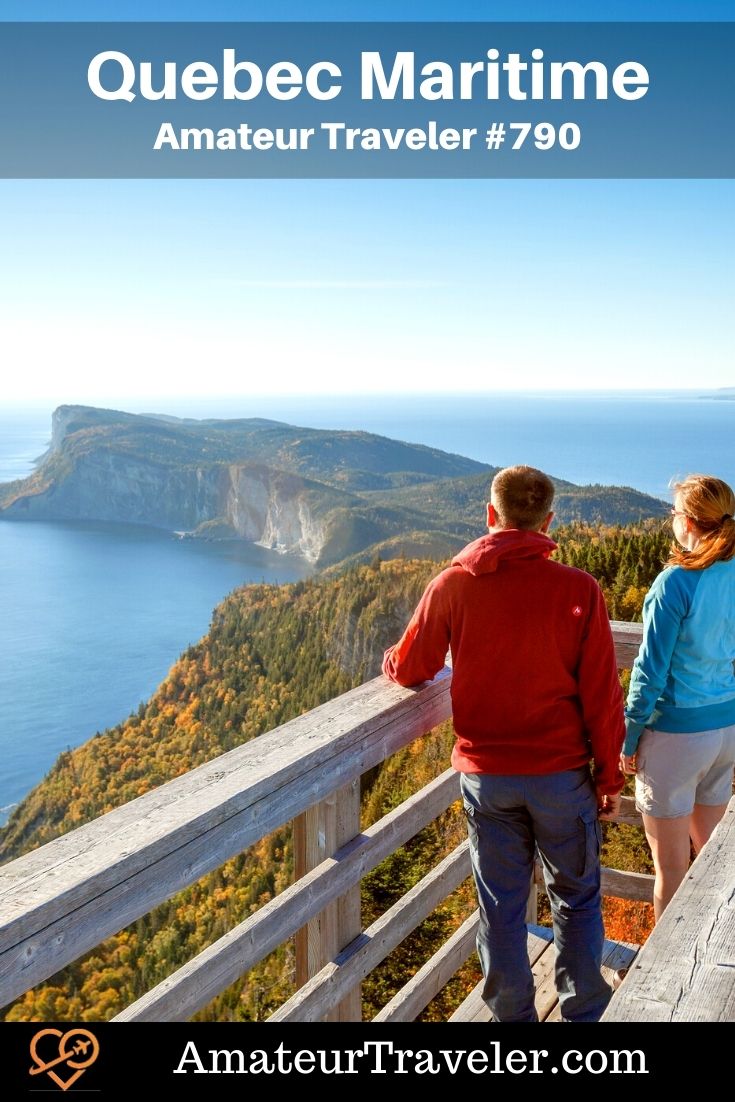