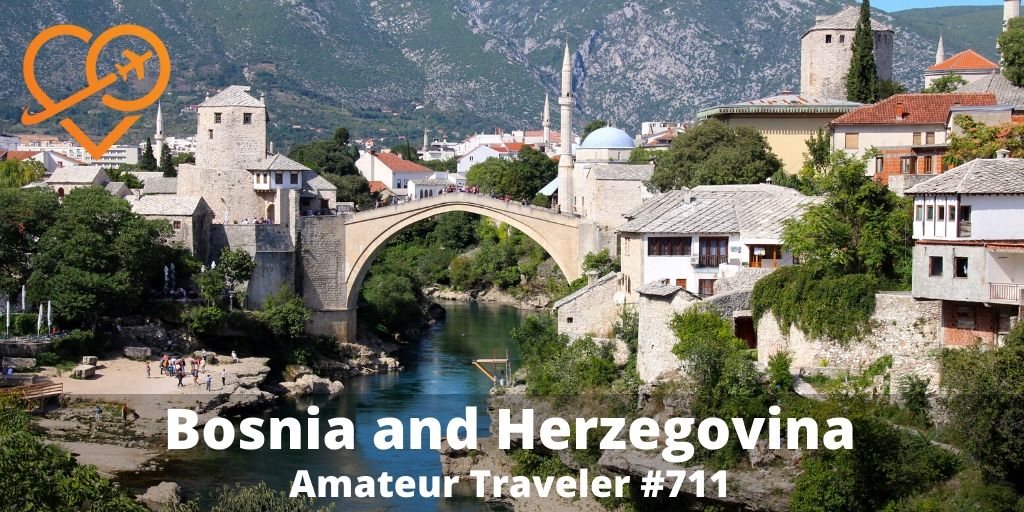 Hear about travel to Bosnia and Herzegovina as the Amateur Traveler talks to Kenan ?atovi? from Highlander Adventures about his country.

Kenan says, “Bosnia is a very complex country but extremely small. It is the size of Pennsylvania but inside you have so much. For the adventure seekers, there are so many adventure opportunities from whitewater rafting to canyoning to paragliding. Hiking is spectacular. Then if you are into history we say that we have much more history than we can handle. We like to say that we are on the crossroads or that we are the meeting point between the east and the west. Culturally, very complex country and also religiously. We have Muslims. We have Orthodox Christians and we have Catholics. There is a big Jewish community that has been here since they were thrown out of Spain after the Reconquista. All of these make this crazy crazy and beautiful mix.”

In Sarajevo, you can find a mosque, catholic church, and synagogue in a 200-meter radius. Some have called Sarajevo the “Jerusalem of the Balkans”. In one half of the old town, you can feel like you are in the middle east, and in the other half like you are in Vienna. This is a city that was besieged in the Bosnian War for 1,425 days from 1992 to 1996. The city still has monuments and scars from that conflict but is a lively and beautiful city. This was also the city where an unlucky Arch Duke Ferdinand was assassinated by Serbian separatists to start WWI.

We talk about where you should shop, tour, and eat in Sarajevo.  Kenan says you have not been to Bosnia until you have eaten pita and ćevapi. You should take a walking tour with someone who knows the history and also visit the Sarajevo Tunnel that supplied the city in the Bosnian War.

From Sarajevo, Kenan recommends a visit to the Srebrenica Genocide Memorial. After WWII, Europe said that genocide would never, should never happen again, but it did in the Bosnian War, broadcast to your home via satellite TV.

Then we head north to the old historic cities of Travnik and Jajce. Jajce is where the old Kingdom of Bosnia died and a new country of Yugoslavia started. It has a beautiful waterfall in town and a historic fortress on the hill overlooking the town.

We talk about hiking in Bosnia including mountain villages like Lukomir and Bosnia’s part of the Via Dinarica which is a mega hiking trail across the western Balkans. Kenan also tells us where you can go whitewater rafting.

We make a stop in Mostar which gets a great number of tourists there to see its beautiful bridge. If you are there in the summer, stay the night so that you can see the city before and after the tour buses arrive from Dubrovnic and the coast.

In Blagaj, you can see the source of the Vrelo Bune river as it exits from a cave. You can also see a historic tekija (sort of a Dervish monastery). You can’t take a via ferrata (climing route with cables and ladders) up to the ruins of a castle on the hill and even sleep there under the stars.

Bosnia is amazing, inexpensive, and delicious.

Was listening to your podcast on Lebanon today to relive a trip I took last year.  Was very pleasantly surprised when you gave me a shout out for joining your Patreon group at the end of the podcast.  You even pronounced my name correctly,  which is a rarity!  Thanks!  It was a nice thing to do and I’m happy to support such a wonderful resource for travel.

I really enjoyed the podcast.  She touched on all the places I visited except one.  She didn’t mention the Jeitta Grotto.   I’ve been to Carlsbad and Kartchner Caverns in the American southwest and I must say this one ranks right up there with the best.  It’s large,  beautifully lit,  has a nice elevated concrete walkway and a huge diversity of stalagmites and stalactites.  There is also a lower portion that includes a river boat ride, but it had been rainy and the river was running too high, so it was temporarily closed.  For your listeners that enjoy caves, I would highly recommend it!

Really enjoy your show.  Keep up the great work!

My name is Mercedes & my husband (Benjamin) & I LOVE listening to your podcast! We’ve been listening to it for 3 or so months and listen to it daily! We are travelers ourselves and try to travel to at least 4 places yearly.

We’ve been to over 11 countries and 15 states together within the last 3 out of 6 years of being together! Being in our early 20s, a lot of people call is crazy for prioritizing traveling! Hopefully one day we can be chat with you (& maybe be an episode) about our travels & pick your brain for our future planned trips!

Thank you for your time & look forward to listening to more episodes! 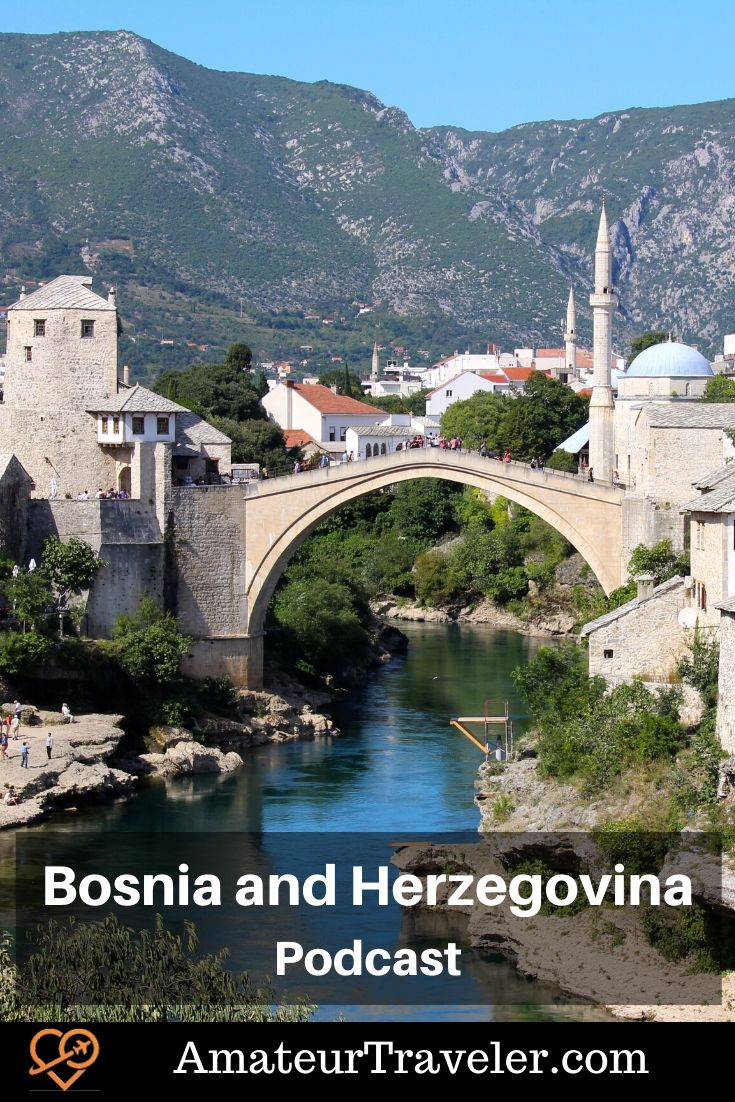 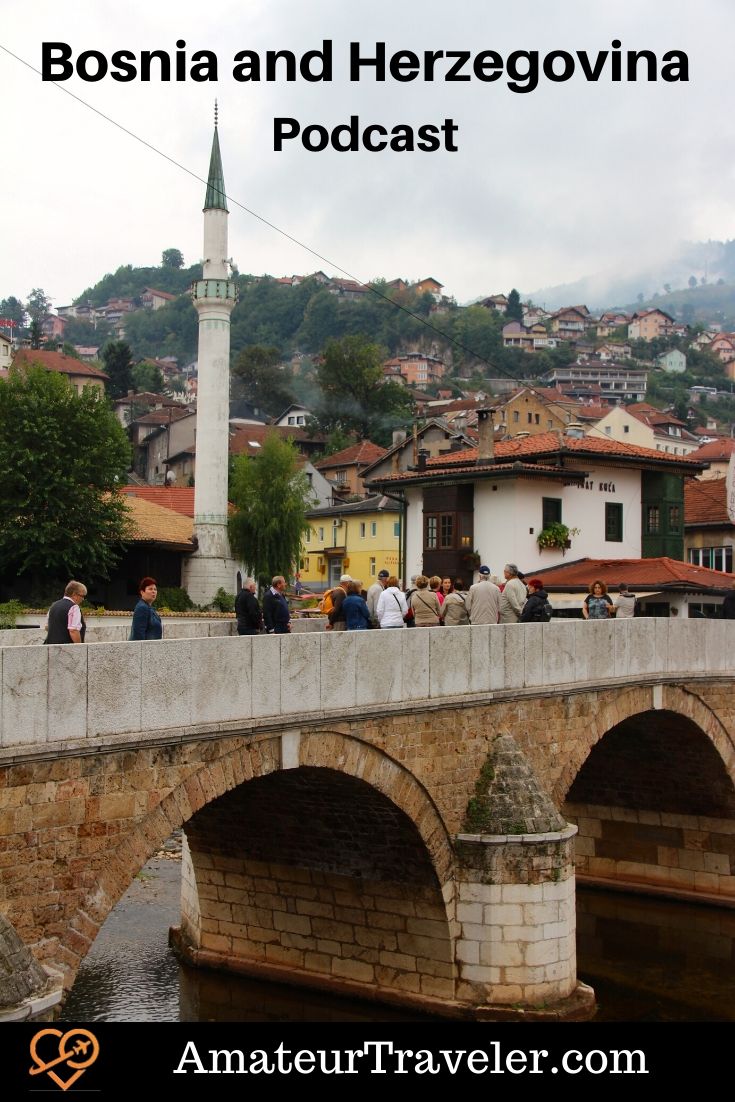