Summer in Europe is legendary. There’s no two ways about it. The sun is shining, the drinks are flowing, and everyone lets loose after the sun goes down. There’s nothing like a night out in a new European city: foreign drinks to sample, a multi-national crew to meet and dance floors to tear up! You’re there for a good time not a long time, so embrace the culture, do it like the locals and party on until the early hours. If that all sounds good to you, here are the best places to party BIG in Europe this summer. Bring it on! 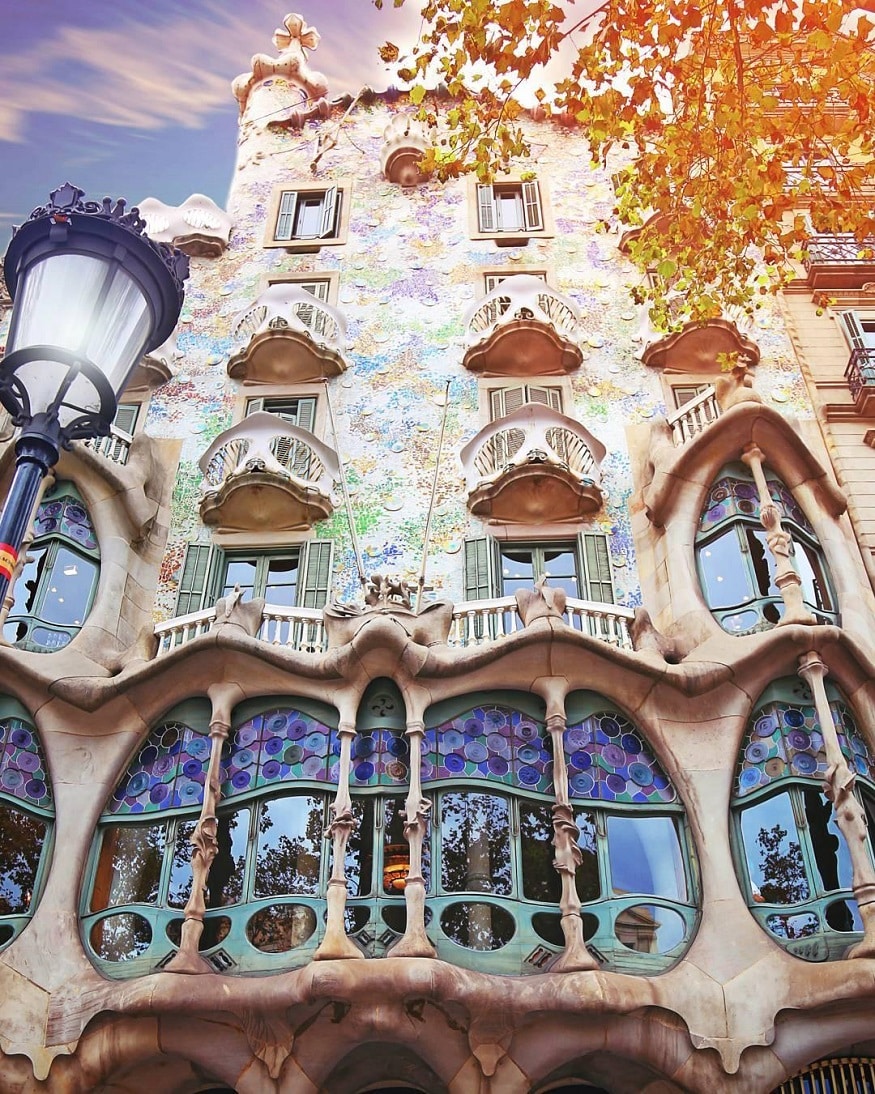 Barcelona is a city for night owls. Nothing happens until 2 am – whether you are tourist or local. Locals here eat dinner at midnight (check out our recommendations for Barcelona’s best cheap eats), party until dawn, and sleep until noon. Tourists follow the same pattern. With €1 shot bars, world class clubs, flowing wine, and wild parties, Barcelona is always a top destination for travellers in Europe looking for a good time. It never disappoints. The hostels are also awesome, check out some of the best hostels in Barcelona. 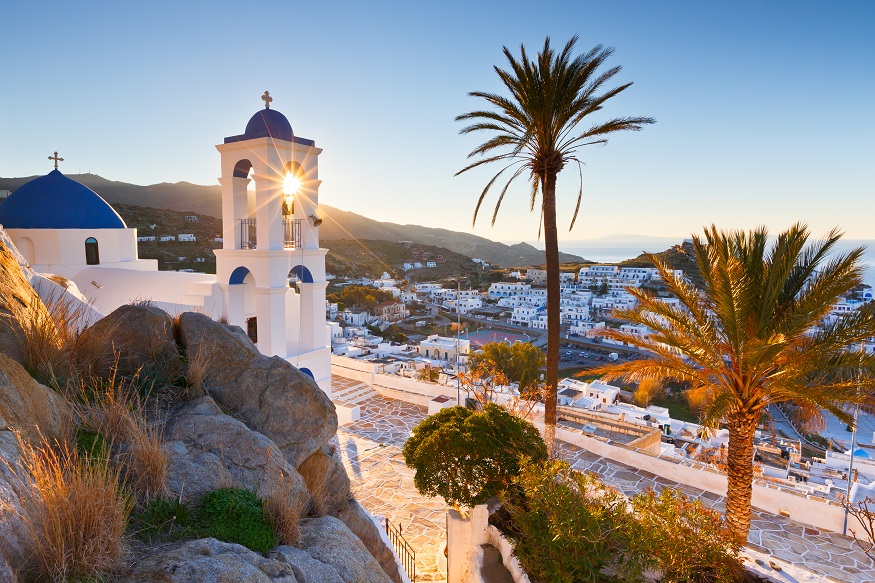 This Greek island of Ios is one the main summer party destinations. I’ve been here twice and each time the island captures me and keeps me longer than planned. Everyone here is in high spirits and wants to have a good time. Laying in the sun all day, partying all evening, and making new friends; it’s a wonder anyone ever leaves! I left Ios with some of the closest friends in my life thanks to their awesome hostels.

Ios is a VERY cheap place to travel compared to tourist spots like Mykonos and Santorini, with hostels costing €17.00 per night and drinks costing €2. 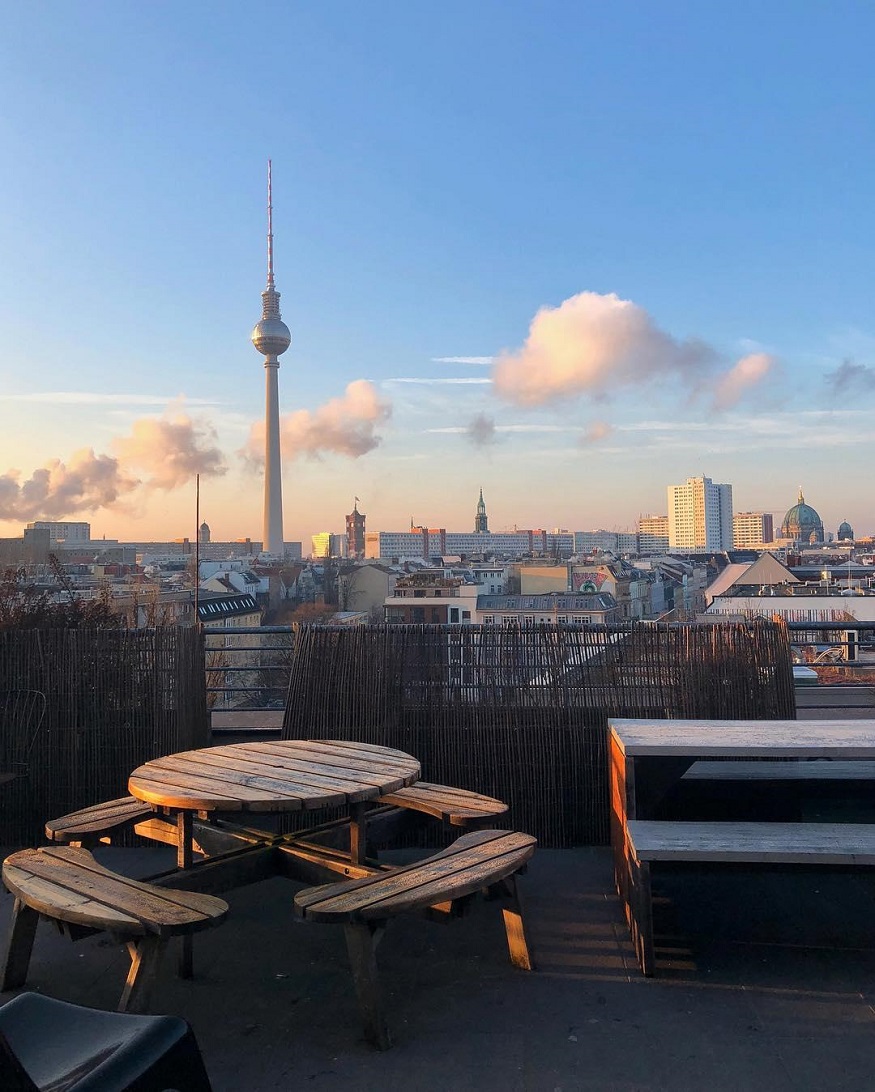 Wombats Hostel in Berlin has an amazing view from their roof terrace. 📷 gio97lion

Berlin’s nightclub scene is one of the best in the world. The DJs here are world famous and it’s a city on the forefront of electronic music with some amazing clubs. The beer here is cheap, the bars are great, and the atmosphere is awesome. During the week it’s not 24/7, but come the weekend an unrivalled rush of people makes Berlin unforgettable. The city is so sprawling and huge that it attracts everyone who spends the summer in Europe. Berlin doesn’t have a centre as such so we’ve created a handy neighbourhood guide for eager backpackers. This beautiful city has something for everyone, including museums that will blow your mind, tasty and cheap restaurants, oh, and variety of great hostels too. 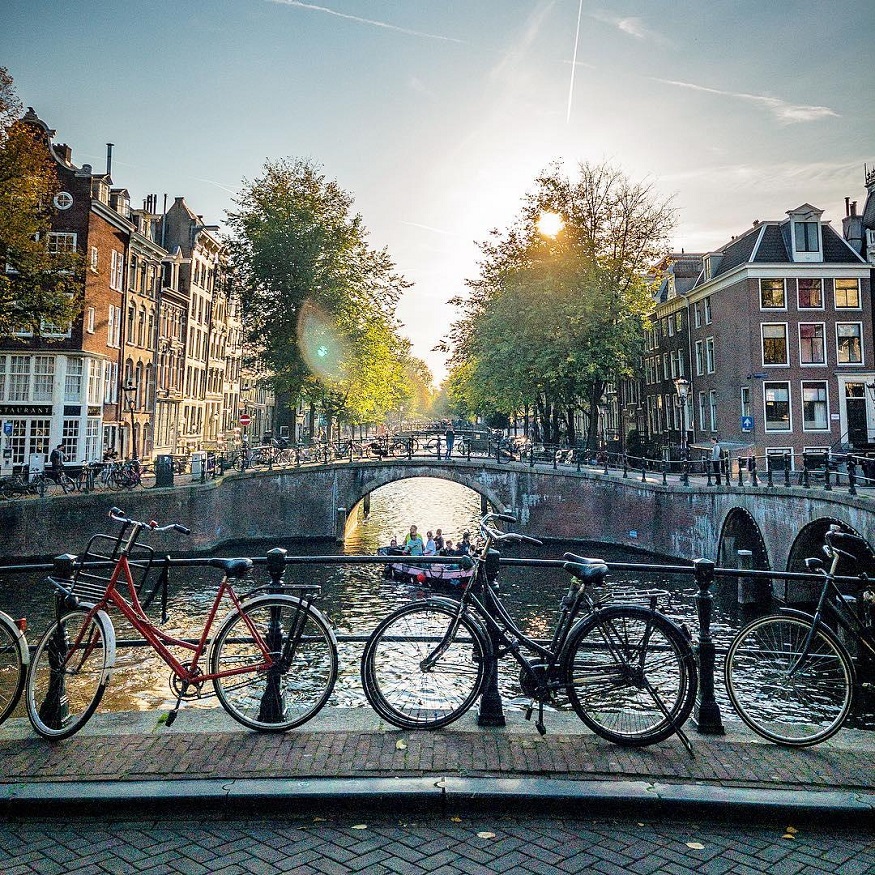 Amsterdam isn’t a wild club city like Berlin or a crazy all night party like Ios. Here, things are much more relaxed. The Dutch are more low key and would prefer a good pub or house party to a huge rave. That being said, some of the best clubs in Amsterdam have 24-hour licenses. There is also a lot of fun to be had thanks to the coffee shops, the red light district, pub crawls and amazing bars. Here’s our recommendation for the very best party hostels in Amsterdam. 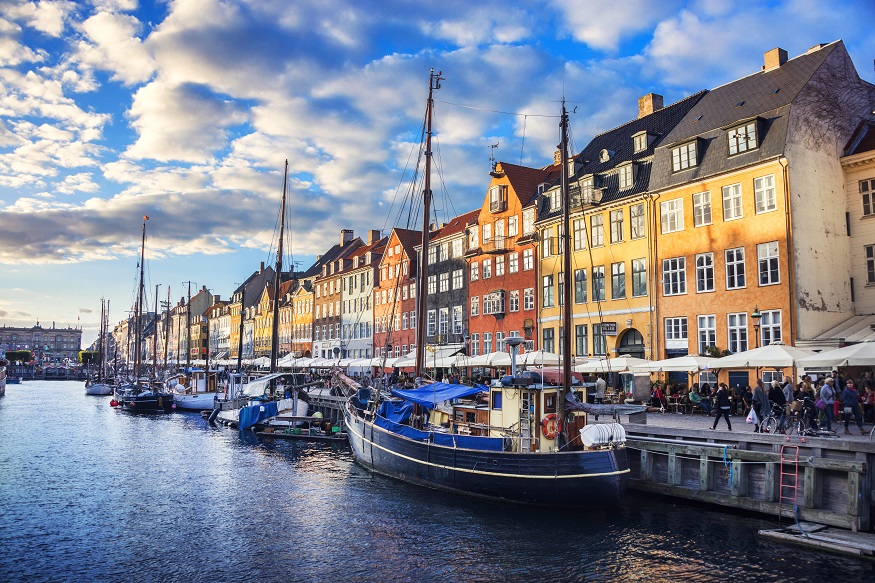 The Danes definitely know how to party. Don’t believe us? Head to one of Copenhagen‘s “morning bars”  – bars open from 3 am to 10 am – and you’ll find the true party animals! Scandinavia is known for being quite pricey when it comes to food and drink, but there are bars that won’t break the bank if you do your research. We’ve also helped to protect your bank balance with a list of cool things to do in Copenhagen on a tiny budget. Before you head on your night out, don’t forget to check out Christiana, Copenhagen’s “free zone” – it’s a magical place unlike any other. Locals are super friendly so don’t hesitate to ask them for tips on where to go. Your new hostel mates will also be on hand to make your night memorable. Here’s Broke Backpackers recommendation for the very best hostels in Copenhagen. 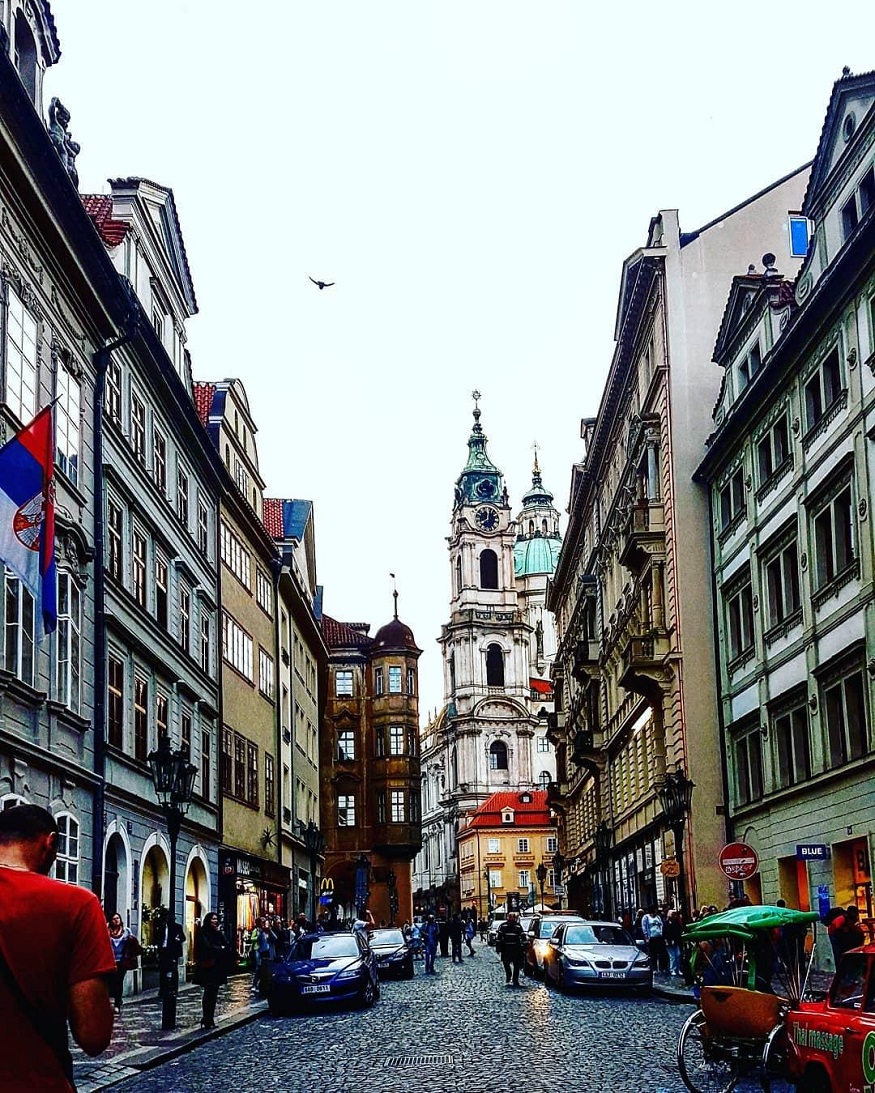 Twenty years ago, drinks in Prague were MEGA cheap. Thousands flocked to the city in search of a cheap and cheerful night out, turning it into one of the most-visited destinations in the world. Cheap flights allow people to come in for a weekend of partying before they depart with a sore head and some great (yet slightly hazy) memories. Those days of pints for a penny might be over but the atmosphere, pubs, bars, clubs, and cheap flights live on. Czech out our top tips of how to make the most of Prague. Be warned, any trip to Prague will leave you with a massive hangover. But you can nurse it off in any one of these awesome party hostels in Prague. 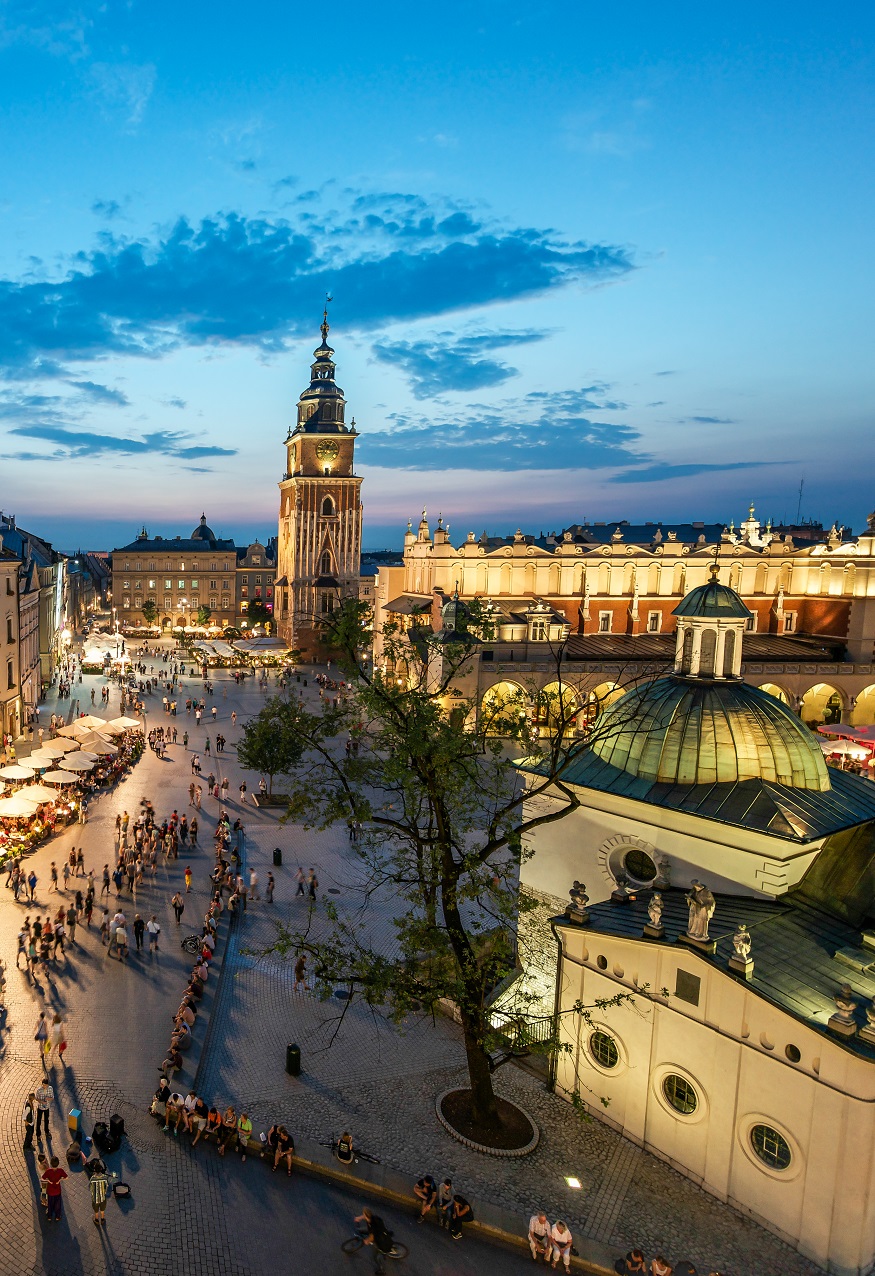 Krakow is a city built for parties, especially those involving travellers. All the hostels offer pub-crawls, vodka tastings, and mixers. They specialise in getting people out and having fun. All the travellers I meet come here expecting to party, which only adds to the atmosphere. Everyone is psyched and looking for a good time. And a good time is not hard to find – there’s a bar on every corner! With so much choice on offer, we’ve tried to make life easier with our list of 20 of the best bars in Krakow, we’ve got your back! Throw in very cheap drinks, locals who like to toast vodka with everyone, and you have the recipe for a wild time. If you’re all partied out or need some activities to fill your days, check out these unmissable things to do in Krakow. 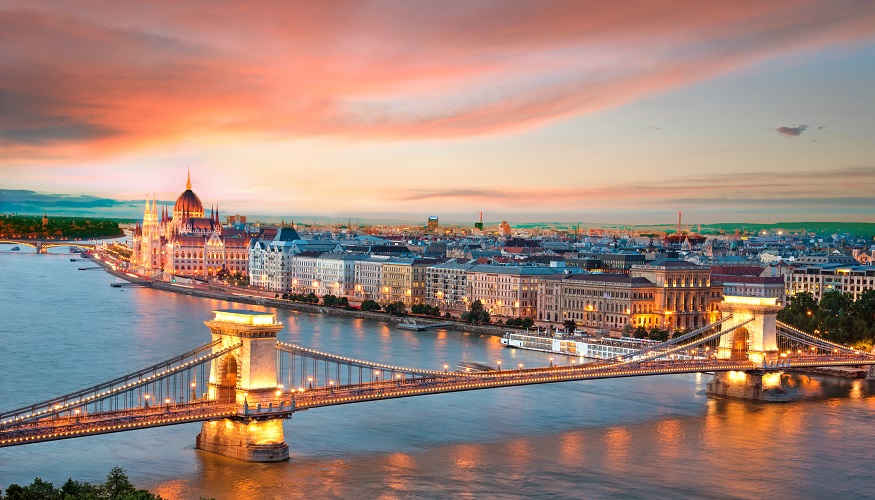 With its cheap alcohol, awesome hostels and amazing ruin bar scene, Budapest is a great place to grab a drink and dance the night away. The bar scene is one of my favourite in Europe – drinking in the ruins of an old abandoned building adorned with a garage sale décor is an awesome experience. It’s fun, it’s arty, and it’s like nothing else in Europe. If you like alternative, this has to be on your list. Don’t be fooled by its unassuming exterior, inside it’s like another world! If you party too hard, you can always sweat it out the next day in the numerous Roman baths and spas. Here’s our recommendation for the very best party hostels in Budapest. 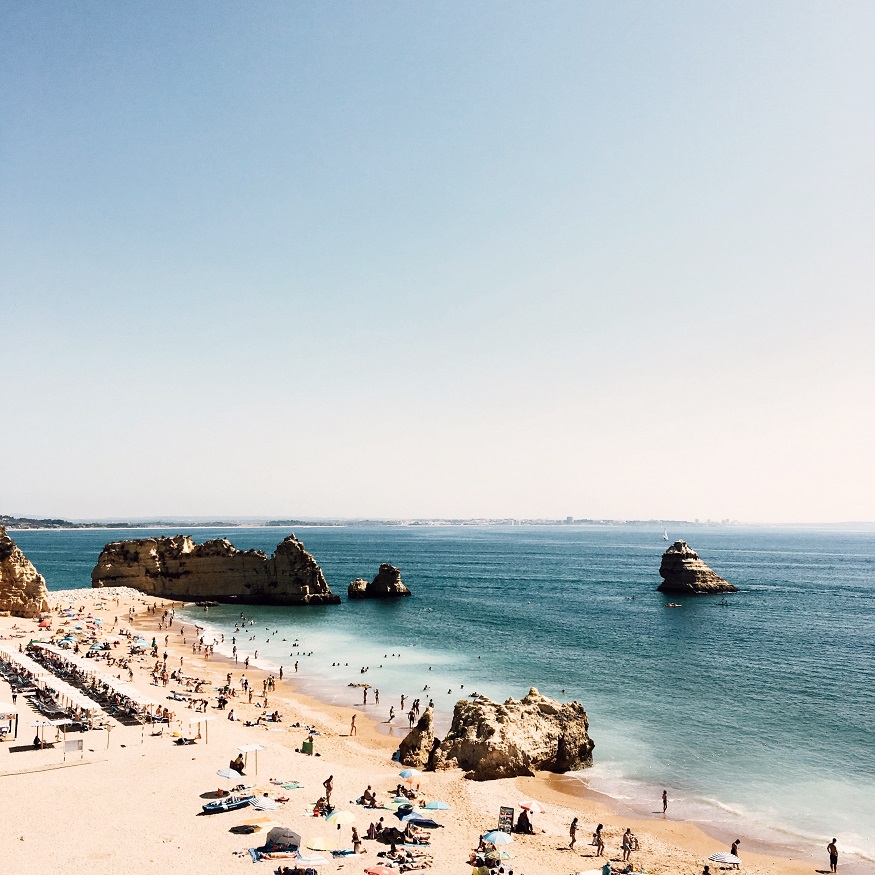 Lagos is Portugal’s premier party destination and attracts sun dwellers with its booze cruises, wild toga parties, amazing beaches, and cheap drinks (it even features on our list of ‘best places to enjoy a pub crawl in Europe!’) Lagos is a lot like Ios – except on the opposite side of Europe. You can expect the same wild atmosphere, hangover, and tan!

Matt is a New York Times best-selling author of How to Travel the World on $50 a Day and founder of Nomadic Matt. Check out his adventures and money saving tipsby following him on Twitter or Facebook.